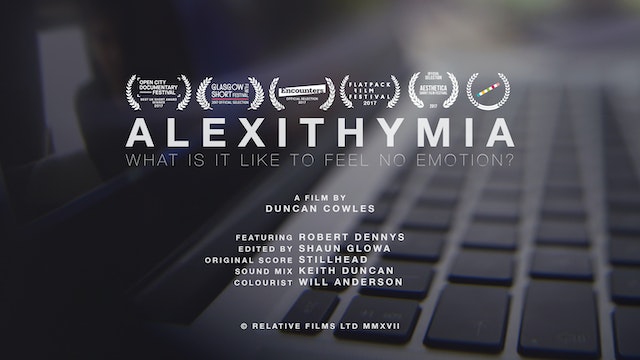 Alexithymia is a short documentary film directed by Duncan Cowles, completed at the start of 2017.

What's it like to feel no emotion? A young filmmaker questions how he connects to his emotions, by talking to a stranger online who can’t feel any. This stranger (Robert) suffers from 'Alexithymia', which is a condition most simply described as ‘Emotional Blindness’, it’s the inability to identify and describe emotions in the self.